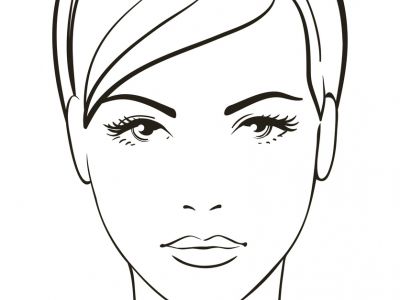 The skincare industry has missed the mark by focusing on surface (how the skin feels), which is not what the audience (brain) is looking for.

Just like climbing a ladder against the wrong wall, the anti-aging skincare industry has missed the mark by focusing on the wrong goal.  No matter how much money, time, research, marketing and famous spokespeople are thrown at the problem – and there is an enormous amount of this – if the entire focus of that energy is on the wrong problem, we will never get the cosmetic results we are actually after.

Most products on the market today do this – they are designed and marketed to do things like create a soft and supple “feel,” a “dewy” complexion or a “youthful to the touch” result.  Nothing wrong with the face feeling good to the touch, but unless you’ve been living under a rock for the past 25 years (which apparently the industry has been) you know that the real goal is for the face to look better.

And if making the face look better is the real goal (as in refreshed, rejuvenated, youthful, attractive), accomplishing it requires understanding how “looking good” is really decided.  Because make no mistake about it, whether something looks good is a decision, not a fact.  Think about it this way, if your goal was to ace a test in school, the best way to maximize the odds of acing the test would be to understand what knowledge the test was actually on and then studying that information so that you could give the answers the teacher was looking for to then decide your answers should get an A.

In our case here, the face, the teacher is the human brain, and the test is not on SURFACE, as the industry tends to focus, it’s on SUBUNITS.  You see the brain has to make decisions quickly – because if it sticks around to 100% be certain the rustling in the bushes is a saber toothed bear before running away, caveman dies and doesn’t pass on his/her genes.  So the human brain has evolved to take limited information (rustling in the bushes) and make an assumed decision quickly (that is a threat) so the cavewoman can make a decision (run) that leads to survival and passing on one’s genes.  That’s evolution 101.

But in addition to deciding whether the present circumstances are a risk, the brain uses the same approach to decide whether present circumstances are helpful (like, “is this person a friend, helpful, trustworthy, attractive and potentially worthy as a mate, etc). The way it does this with other humans is it relies on the big picture chapter titles that the eyes give it and then it fills in rest of the story.  It literally does judge a book by its cover.  And the chapter titles that the eye is picking up on are about facial subunits.

So simple logic and common sense should be telling you, if we design products that focus on giving the teacher the right answers on SUBUNITS, our cosmetic outcomes as perceived by the real audience (the brain) will be a lot better – not because we spent more money or had more glitzy marketing, but because we’ve prepared better for the actual test.

The test goes something like this.  Without even thinking about it, when you come into contact with another human being, your brain is asking “is this person a threat?  And if not a threat, are they useful to my survival or improving the quality of my survival?”  It’s really dark inside the skull, so to tell this, the brain uses the eyes.  It wants to do this fast – and this is important for us – so it cuts corners.  It cuts corners by looking for big picture features and patterns it recognizes.  Features like “I wonder how her face felt to her when she touched it after getting ready this morning?” don’t make this list.

The quickest, cut to the chase, efficient, big-picture features it looks at are facial subunits.  And what the eye tells the brain about those subunits are all the brain has to go on in writing the rest of the story about how useful, attractive, pretty, refreshed and youthful the face it is looking at actually is.  The subunits it looks at, in order of importance, are: 1.) the eyes, 2.) the midface, and 3.) the frame.

This is where we can intervene.  Because, as you’ve probably already figured out, this process the brain goes through in grading the “human face test” is a lazy process.  It assumes the eye is correct and if that report from the eye is “pleasing” it fills in the rest of the story with the same theme.  That means that the face may in truth be old, unattractive and aged, but if we give the eye the chapter titles we know the brain will run with in the direction we want it to, we can literally trick it into “seeing” the face as youthful, rejuvenated and attractive, even though it isn’t.

This neurochemistry “hack” is something we take advantage of in plastic and reconstructive surgery every single day – for example, after a large cancer removal resulting in most of the nose being gone, I cannot conjure replacement tissue out of thin air and can’t cut through human soft tissue without causing a permanent scar.  But by knowing what aspects of the subunits the eye expects to see for the brain to conclude: “Normal, A+” I can use nearby tissue to sculpt a facsimile of this normal and make it look like nothing has been done to the patient.  Something has been done, there was massive tissue loss and there are currently plenty of permanent scars but the brain simply doesn’t see them because it wrote its story based on different chapter headings.  Same goal in the cosmetic world.

The midface is the second subunit the eye/brain team is concerned with in deciding how to judge the face.  It includes primarily the lips, chin and medial cheeks and is high priority because this is where facial expressions come from and communicate so much about the person’s emotions and intentions (think smiling versus grimacing).  The eye picks up on movement extremely well – and since most human interactions involve movement like smiling/talking – the midface matters.  The red flags the eye/brain team looks for in the midface that lead to a grade of “old, unattractive” are thinning soft tissue and creases/wrinkles.

Matrixyl is a key ingredient in midface subunit products as over time, it can help improve the appearance of volume gain, particularly in the lips.   The Collagen Restorative Facial Lifting Top Coat I developed is designed to maximize the chemistry of Matrixyl to maximize this effect.  For more immediate effects, the triple mechanism (see above) for Everlift works great here as the optical light diffusers help improve the appearance of aging related volume loss, the wrinkle spackle helps fill fine lines and the peptide complex in clinical trials helped decrease the appearance of the nasolabial folds.

The third subunit is the Frame.  It’s called the Frame because it’s on the outside rim of the eyes and the midface, and is comprised of the forehead, cheeks, chin, jawline and hair.  When it comes to the brain deciding a “grade” for the attractiveness of the face, the frame isn’t as important as the eyes and midface, but it is important to avoid distractions in this subunit.

To understand this concept, think about the Mona Lisa.  Nearly every adult on the planet can picture her face, but nobody really remembers what the frame looks like.  The frame is part of the art piece but isn’t memorable because of what it doesn’t do – it doesn’t distract from the portrait itself.  If the frame were neon yellow, had blinking lights on it, or reflective mirrors – we’d remember the frame and likely forget a lot of details about the painting itself.   If our goal is to make the brain of whomever sees the face decide the face looks youthful and attractive, we need to reduce distractions from the frame so that it can focus on what it wants to – the eyes and midface – and have no reason to not give the whole package an “A.”

Reducing the appearance of laxity here via the Top Coat I described above helps pull this off if used regularly and over time.

For a more immediate cosmetic improvement here, try the Microalgae mask I created.  Algae has a 2 billion year head start on dealing with the effects of the sun (they float in the ocean without any shade) and are like tiny little cosmetic ingredient bioreactors.  One species in particular is loaded with these.  There are other algae products on the market, but most are dried, ground dead algae dust.  Since the proteins we care about are delicate, this is like grinding up your iPhone into dust and then asking it to send an email.  The algae mask I developed is fresh algae (so it’s shipped on ice and needs to be refrigerated when received) and when combined with the unlocking agent (a packet of powder) the cell wall is opened to let out the ingredients we want.

Apply this to the face as a mask, leave on for 10 minutes, then rinse it off to create an immediate cosmetic benefit to the entire face, especially the frame.  Most of my patients describe this appearance as a “rejuvenated glow,” or “the appearance of 12 hours of restful sleep in a 10 minute mask.”  This effect is the result of the frame actually being taken out of the equation and drawing attention to where the brain wants it – the other subunits.  Incidentally, this is the one my wife my wife will not go without – she even packs it in her carry-on (on ice) to take on trips.

So in summary, the industry has failed in large part because it’s lost focus on the real goal – to make the face look better.  Since the brain is the real audience, to actually get this goal accomplished has to take into account how the brain decides how good or bad the face looks.  Since the brain looks at subunits (not surface), common sense logic would suggest if we focus our products on subunits, we will get better results.

I still recommend everyone start with 4-6 weeks of facial priming (see the article I wrote on Facial Priming) because the cosmetic results of the products and ingredients I discussed here will be far better after priming – and many of my patients decide their faces look so much better just after priming that they don’t need anything else.  If that is you, awesome.  If you feel you want more improvement after that, focus on subunits.  I designed my products to do this.

For eyes, the morning eye cream and night serum for ongoing progress and maintenance and Everlift for the immediate cosmetic improvement if you need 10 years off right now.  For the midface, Top Coat and the same Everlift for the immediate improvement.  Lastly, for the frame, just extend application of the Top Coat to the forehead, cheeks and jawline for maximal improvement there and if you want the full court press, try a fresh Microalgae mask for immediate benefit.

These are designed as greatest hits albums to accomplish multiple tasks, in multiple areas and in multiple ways so that the highest possible performance is accomplished with the least number of products and steps.  That being said, if you have other products that you feel are accomplishing the same thing, keep using them – because the ultimate goal, is ultimate results.