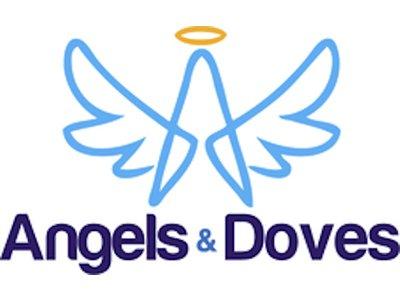 GIG HARBOR, Washington (June 25, 2014) – Dr. Justin Piasecki, one of the nation’s leading physicians and founder of Harbor Plastic Surgery Center; Josey Milner, a nationally charting country music artist; and Angels & Doves, a nonprofit organization dedicated to putting an end to bullying, have joined forces to address the prevalent and nationwide issue of bullying in schools. Beginning in June 2014, Dr. Piasecki has committed to donating a portion of the proceeds from the sales of his skincare line, Cosmetic MD, to help bring awareness to and further the efforts and mission of Angels & Doves. Ms. Milner, an Angels & Doves Ambassador herself, was instrumental in bringing the bullying nonprofit to Dr. Piasecki’s attention.

“Having advocated for causes concerning children for many years, we are proud to partner with an organization such as Angels & Doves,” said Dr. Piasecki. “The issue of bullying has been a problem for decades, and Angels & Doves has made great strides in educating and making the general public aware of this very important issue. And, if by donating a portion of the proceeds from the sale of the Cosmetic MD skincare line we also help prevent a few incidences of skin cancer, it becomes a win-win situation for everybody involved.”

It is estimated that 3.2 million American children are victims of bullying each year.  Each day, approximately 160,000 students of all ages skip school in order to avoid being bullied. Formed in 2010, Angels & Doves is dedicated to putting an end to bullying, bullying injuries, and bullying suicides.  With the organization’s unique anti-bullying tools including “The Bully Book,” and a peer-to-peer peacekeeping program entitled “The Bull Program,” Angels & Doves has drawn nationwide attention and the support of celebrities such as comedian and talk show host Ellen DeGeneres; Rupert from the CBS show, “Survivor”; and country artist, Josey Milner.

“I am absolutely thrilled to be working with Dr. Piasecki to help raise money for a cause that means so much to me,” said Ms. Milner. “I have long been an anti-bullying advocate, and when I heard about the wonderful work that Dr. Piasecki was doing, and that he was generous enough to donate proceeds from every sale to charity, it was a no-brainer for me.  I had to get Angels & Doves involved!  Not to mention, the products are simply the best on the market.”

“We are thrilled to partner with Dr. Piasecki, and to add him to our list as our newest Angel Ambassador,” said Angels & Doves Co-Founder, Kim Harvey. “Dr. Piasecki’s compassion and dedication to speaking out and promoting causes that affect children can only bring about greater awareness to the ongoing issue of widespread bullying in our nation’s schools.”

The only physician in the world who has completed a Mohs (skin cancer) fellowship and earned board certifications from the American Board of Plastic Surgeons and the American Board of Facial Plastic Surgeons, Dr. Justin Piasecki currently offers cosmetic, skin cancer, and reconstructive procedures to his patients at Harbor Plastic Surgery Center in Gig Harbor, Washington. In May 2014, Dr. Piasecki launched Piasecki, MD, the first skincare line to utilize a unique organic protein in its products – sericin silk – in an effort to create a radiant and youthful appearance while at the same time help to prevent skin cancer development. A substantial portion of the proceeds from the sale of Cosmetic MD products will be donated to support opportunities for children, including Angels & Doves.

Developed by double board-certified skin cancer and plastic surgeon, Justin Piasecki, MD, Cosmetic MD is a doctor-developed anti-aging skincare line that features easy-to-use, clinically-proven products including a cleanser, morning moisturizer, and an evening moisturizer.  The morning moisturizer contains one of the best sunscreens available, while improving the appearance of the skin.  As the products are sold directly to consumers, this eliminates the mark-ups associated with distributors and extensive marketing.  A portion of the profits from Cosmetic MD sales are being donated to organizations that provide educational and health and wellness opportunities to kids.  For additional information, please visit www.cosmeticmdskincare.com and www.angelsanddoves.com.